The Wound Up carbon fiber fork designed for cyclocross competition. 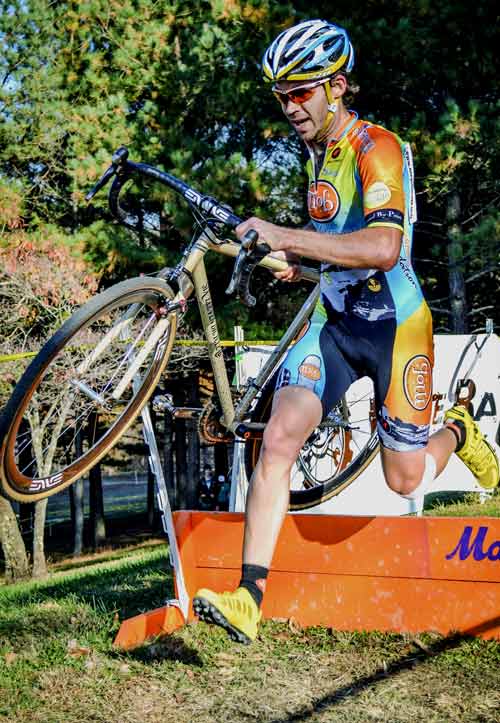 Cyclocross. Off-road with no suspension. Prepare to be destroyed. Unless, of course, you’re riding Wound Up’s Team X filament-wound carbon fiber fork. This beast is in a league of its own.

For the brutal demands of a CX course, why wouldn’t you choose the Team X cyclocross fork? Naturally, you’re going to want Wound Up’s round fork leg geometry and the crosswoven carbon composite matrix created by the Advanced Composites Inc. filament winding process. You’re going to love the way that this carbon fork handles rough terrain. The Wound Up Team X fork is, after all, designed and manufactured by a company that makes critical aircraft components for several high-profile aerospace and defense projects involving companies such as Boeing and Airbus. We build the Team X on the same equipment, with the same precision, using the same manufacturing technologies, as we do our aerospace structures. If we can craft a component that meets and exceeds  ultra-stringent aerospace requirements, we should be able to make the world’s most durable, best-performing carbon fiber cyclocross fork. And we do. Across boulder-strewn hillsides, muddy slopes, snowy terrain and other unfavorable conditions, the Team X cross fork has proven its mettle. In cyclocross events around the world, from the bogs of Europe to the deserts of the American Southwest.

Cyclocross is unforgiving, but your carbon fork doesn’t have to be. The filament wound carbon fiber composition of the Team X fork endows it with optimal strength and torsional rigidity, giving the Team X superior resistance to deformation. Its supreme lateral rigidity stabilizes your turns and channels your kinetic output into your drivetrain instead of leaching it into the ground. This translates into more steering control, more power out of the saddle, and less jarring from the rough terrain. With your skull considerably less rattled, you may even form a lucid thought or two as you charge some hellish descent. For example, how glad you are to have the Team X working for you, instead of for the guy getting his brains jellied behind you.

Top of the cyclocross food chain. 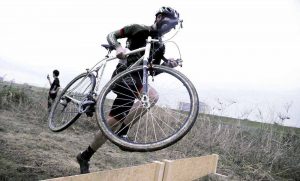 Because of its unique formation, the Team X has an evolutionary edge over other cyclocross forks. Its brute strength and agility create an advantage that almost seems unfair. But, hey, nothing is fair in the history of evolutionary competition, either. In cyclocross, just as in nature, you always want to race—and win—another day.

Take your pick. You can’t go wrong with either brake configuration. Most likely, you already have your preference. That’s why Wound Up Composite Cycles offers the Team X fork in a disc brake or canti brake option. Because, in the heat of cyclocross, you want your carbon CX fork tailored to your personal preferences so that you can forget all about it and focus on winning!

A subgenre of cyclocross, single-speed cross competitions are taking off, pioneered by organizations such as the Singlespeed Cyclocross European Championships. The following video was put together by Bombtrack Bicycle Company, a major sponsor of the SSCX, and depicts a bit about the nature of this brand of CX event. 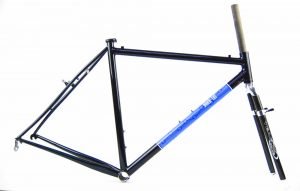